Proverbs 3:
1 My son, do not forget my teaching,
but keep my commands in your heart,
2 for they will prolong your life many years
and bring you prosperity.

9 Honor the Lord with your wealth,
with the firstfruits of all your crops;
10 then your barns will be filled to overflowing,
and your vats will brim over with new wine.

Proverbs 6:
1 My son, if you have put up security for your neighbor,
if you have struck hands in pledge for another,
2 if you have been trapped by what you said,
ensnared by the words of your mouth,
3 then do this, my son, to free yourself,
since you have fallen into your neighbor's hands:
Go and humble yourself;
press your plea with your neighbor!
4 Allow no sleep to your eyes,
no slumber to your eyelids.
5 Free yourself, like a gazelle from the hand of the hunter,
like a bird from the snare of a fowler.

9 How long will you lie there, you sluggard?
When will you get up from your sleep?
10 A little sleep, a little folding of the hands to rest —
11 and poverty will come on you like a bandit
and scarcity like an armed man.

Proverbs 10:
4 Lazy hands make a man poor,
but diligent hands bring wealth.
5 He who gathers crops in summer is a wise son,
but he who sleeps during harvest is a disgraceful son.

15 The wealth of the rich is their fortified city,
but poverty is the ruin of the poor.

22 The blessing of the LORD brings wealth,
and he adds no trouble to it.

Proverbs 11:
4 Wealth is worthless in the day of wrath,
but righteousness delivers from death.

15 He who puts up security for another will surely suffer,
but whoever refuses to strike hands in pledge is safe.
16 A kindhearted woman gains respect,
but ruthless men gain only wealth.

24 One man gives freely, yet gains even more;
another withholds unduly, but comes to poverty.
25 A generous man will prosper;
he who refreshes others will himself be refreshed.

28 Whoever trusts in his riches will fall,
but the righteous will thrive like a green leaf.

Proverbs 12:
9 Better to be a nobody and yet have a servant
than pretend to be somebody and have no food.

11 He who works his land will have abundant food,
but he who chases fantasies lacks judgment.

Proverbs 13:
4 The sluggard craves and gets nothing,
but the desires of the diligent are fully satisfied.

11 Dishonest money dwindles away,
but he who gathers money little by little makes it grow.

18 He who ignores discipline comes to poverty and shame,
but whoever heeds correction is honored.

21 Misfortune pursues the sinner,
but prosperity is the reward of the righteous.
22 A good man leaves an inheritance for his children's children,
but a sinner's wealth is stored up for the righteous.
23 A poor man's field may produce abundant food,
but injustice sweeps it away.

25 The righteous eat to their hearts' content,
but the stomach of the wicked goes hungry.

Proverbs 14:
4 Where there are no oxen, the manger is empty,
but from the strength of an ox comes an abundant harvest.
(It requires money to feed an ox but the benefit is worth the cost.)

20 The poor are shunned even by their neighbors,
but the rich have many friends.

23 All hard work brings a profit,
but mere talk leads only to poverty.
24 The wealth of the wise is their crown,
but the folly of fools yields folly.

Proverbs 15:
6 The house of the righteous contains great treasure,
but the income of the wicked brings them trouble.

16 Better a little with the fear of the Lord
than great wealth with turmoil.
17 Better a meal of vegetables where there is love
than a fattened calf with hatred.

Proverbs 16:
8 Better a little with righteousness
than much gain with injustice.

19 Better to be lowly in spirit and among the oppressed
than to share plunder with the proud.
20 Whoever gives heed to instruction prospers
and blessed is he who trusts in the LORD.

Proverbs 17:
1 Better is a dry crust with peace and quiet
than a house full of feasting, with strife.

5 He who mocks the poor shows contempt for their Maker;
whoever gloats over disaster will not go unpunished.

16 Of what use is money in the hand of a fool,
since he has no desire to get wisdom?

18 A man lacking in judgment strikes hands in pledge
and puts up security for his neighbor.

20 A man of perverse heart does not prosper;
he whose tongue is deceitful falls into trouble.

Proverbs 18:
11 The wealth of the rich is their fortified city;
they imagine it an unscalable wall.

Proverbs 19:
1 Better is a poor man whose walk is blameless
than a fool whose lips are perverse.

4 Wealth brings many friends,
but a poor man's friend deserts him.

7 A poor man is shunned by all his relatives —
how much more do his friends avoid him!
Though he pursues them with pleading,
they are nowhere to be found.

Proverbs 20:
4 A sluggard does not plow in season;
so at harvest time he looks but finds nothing.

13 Do not love sleep or you will grow poor;
stay awake and you will have food to spare.

16 Take the garment of one who puts up security for a stranger;
hold it in pledge if he does it for a wayward woman.

21 An inheritance quickly gained at the beginning
will not be blessed at the end.

Proverbs 21:
5 The plans of the diligent lead to profit
as surely as haste leads to poverty.
6 A fortune made by a lying tongue
is a fleeting vapor and a deadly snare.

17 He who loves pleasure will become poor;
whoever loves wine and oil will never be rich.

Proverbs 22:
1 A good name is more desirable than great riches;
to be esteemed is better than silver or gold.

7 The rich rule over the poor,
and the borrower is servant to the lender.

16 He who oppresses the poor to increase his wealth
and he who gives gifts to the rich —
both will come to poverty.

Proverbs 23:
4 Do not wear yourself out to get rich;
have the wisdom to show restraint.
5 Cast but a glance at riches, and they are gone,
for they will surely sprout wings and fly off to the sky like an eagle.

20 Do not join those who drink too much wine
or gorge themselves on meat,
21 for drunkards and gluttons become poor,
and drowsiness clothes them in rags.

Proverbs 24:
30 I went past the field of the sluggard,
past the vienyard of the man who lacks judgment;
31 thorns had come up everywhere,
the ground was covered with weeds,
and the stone wall was in ruins.
32 I applied my heart to what I observed
and learned a lesson from what I saw:
33 A little sleep, a little slumber,
a little folding of the hands to rest —
34 and poverty will come on you like a bandit
and scarcity like an armed man.

Proverbs 27:
7 He who is full loathes honey,
but to the hungry even what is bitter tastes sweet.

23 Be sure you know the condition of your flocks,
give careful attention to your herds.
24 for riches do not endure forever,
and a crown is not secure for all generations.
25 When the hay is removed and new growth appears
and the grass from the hills is gathered in,
26 the lambs will provide you with clothing,
and the goats with the price of a field.
27 You will have plenty of goats' milk to feed you and your family
and to nourish your servant girls.

Proverbs 28:
6 Better a poor man whose walk is blameless
than a rich man whose ways are perverse.

8 He who increases his wealth by exorbitant interest
amasses it for another, who will be kind to the poor.

11 A rich man may be wise in his own eyes,
but a poor man who has discernment sees through him.

13 He who conceals his sins does not prosper,
but whoever confesses and renounces them finds mercy.

19 He who works his land will have abundant food,
but the one who chases fantasies will have his fill of poverty.
20 A faithful man will be richly blessed,
but one eager to get rich will not go unpunished.

22 A stingy man is eager to get rich
and is unaware that poverty awaits him.

25 A greedy man stirs up dissension,
but he who trusts in the Lord will prosper.

27 He who gives to the poor will lack nothing,
but he who closes his eyes to them receives many curses.

Proverbs 30:
7 "Two things I ask of you, O LORD;
do not refuse me before I die:
8 Keep falsehood and lies far from me;
give me neither poverty nor riches,
but give me only my daily bread.
9 Otherwise, I may have too much and disown you
and say, 'Who is the LORD?'
Or I may become poor and steal,
and so dishonor the name of my God." 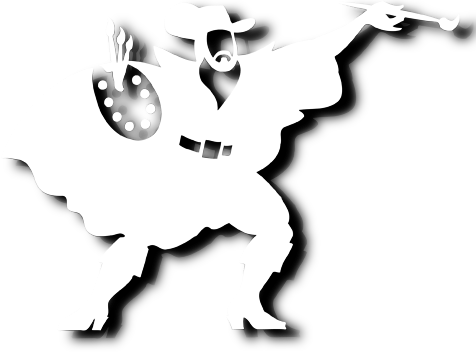